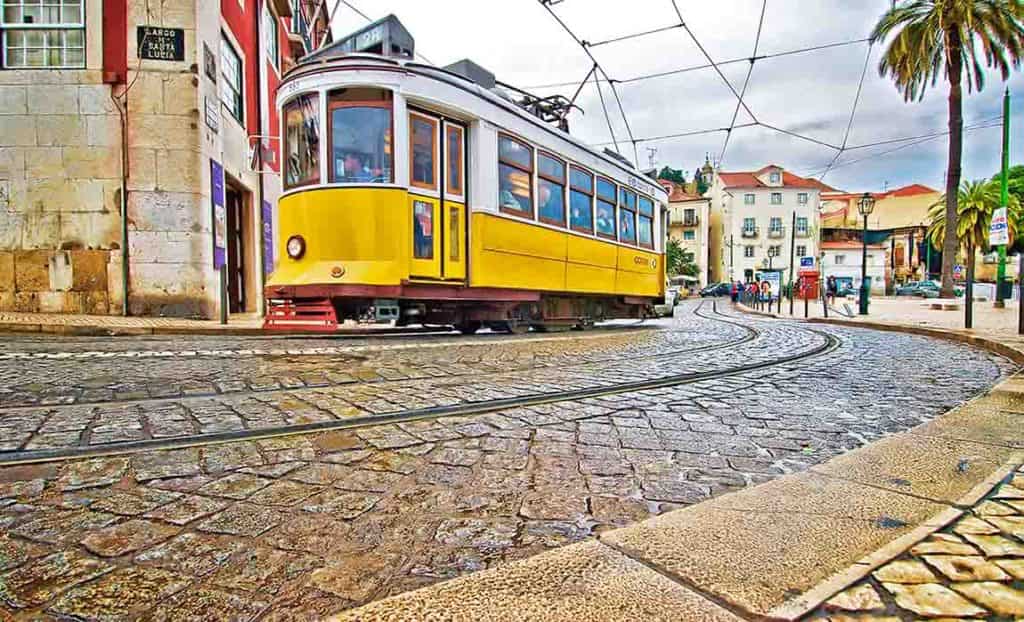 To get close to Lisbon and its residents there’s nothing better than a nostalgic roller-coaster ride in an elétrico, one of the capital’s old streetcars, which are constantly rumbling through the city’s narrow streets passing old, weather-beaten façades in one of Europe’s most dignified metropolises.

Small and manoeuvrable, these 100-year-old time machines screech along narrow-gauge tracks through a series of ancient residential districts, easing themselves gently around corners as passengers gaze out dreamily from cosy, wood-panelled interiors while their gallant driver pushes and pulls on two large silver hand-wheels with much pomp and panache.

Indeed, the Portuguese capital as famous for its trams as the iconic 25th of April suspension bridge or Rio-style Cristo Rei statue of Christ prominently situated on the south bank of the Tagus.

Tram operator Carris has dozens of such vehicles in circulation, including many of the bright yellow and hugely photogenic models regularly seen in magazine articles and tourist brochures promoting Portugal around the world.

The first Carris tram started operating on the 31st of August, 1901 between Cais do Sodré and Ribamar, Algés, in the western suburbs of the Portuguese capital, which now has six tram routes in all covering a distance of over 50 kilometres.

Arguably the most interesting route and certainly the best for first-time visitors is the number 28. Running from Estrela, it passes the parliament building and ancient Bairro Alto and Chiado districts before climbing through the Alfama to a point close to the city’s most prominent landmark, the Castle of São Jorge, and finally terminating in Graça, one of the most colourful parts of the capital.

A fine collection of old trams and other types of transportation from yesteryear can be seen at the Carris Museum located in Lisbon’s Alcântara district (indicated on the Google map below).