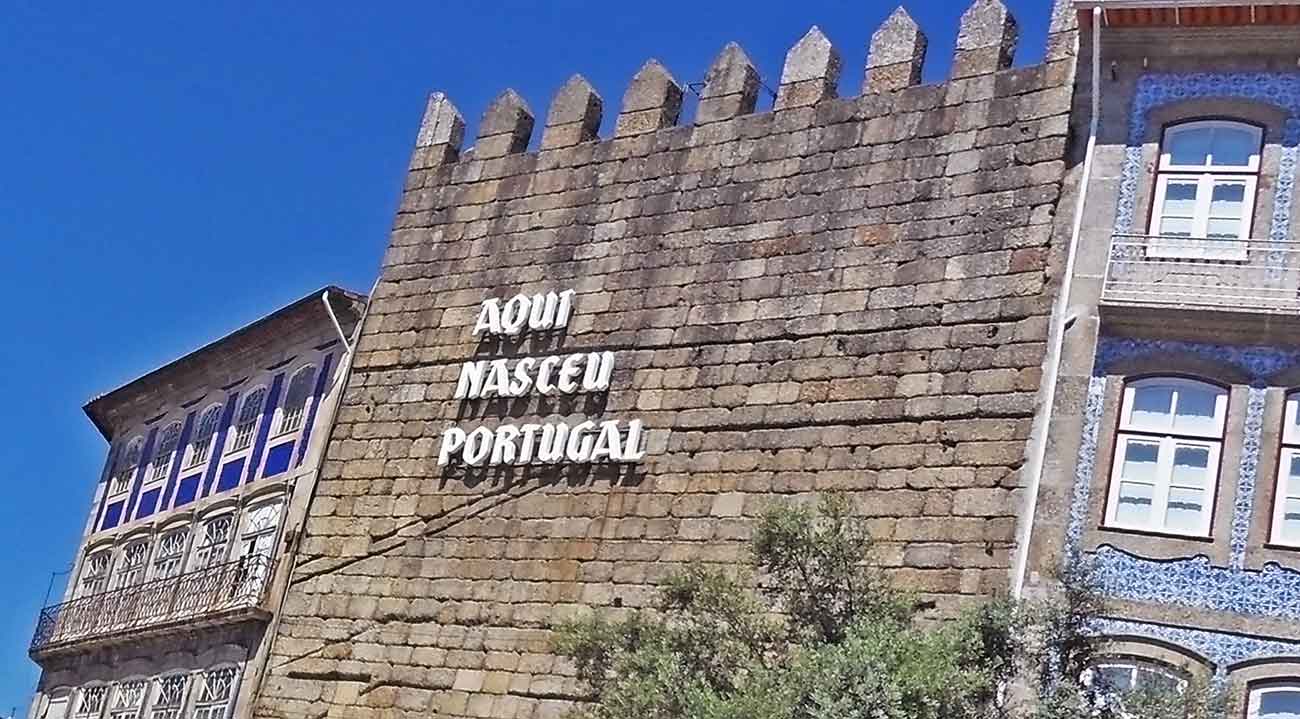 Generally regarded as the cradle of the Portuguese nation, Guimarães played an important role in many of the events that led to the country’s hard-fought independence. It also witnessed the birth of Afonso Henriques, Portugal’s first king.

When he proclaimed himself Portugal‘s first king in 1139, he chose Guimarães as his capital, and the distinctive outline of its proud castle appears on the Portuguese coat of arms. It was elevated to city status by Queen Maria II in 1853.

First built to deter attacks by Moors and Normans in the 10th century, the city’s famous castle dominates the skyline with eight square towers and a 27-metre-high dungeon.

Close by, the original cloister and chapter house still remain of the tiny Romanesque church of Nossa Senhora da Oliveira, built by Count Henry and his son on the site of a 10th-century monastery. The left-hand font inside the church is where Afonso Henriques was baptised.

The Alberto Sampaio Museum located in a 12th-century chapter house in the centre of town contains a vestment of King João I and a portable 14th-century altar.

North of Guimarães, the great Iron Age settlement of Citânia de Briteiros is one of Portugal’s most impressive archaeological sites. Comprising some 200 houses, nearly all circular with a diameter of 5 metres, the settlement is surrounded by an oval-shaped wall measuring 250 metres north-to-south and 150 metres wide. It was inhabited in the 6 BC by pre-Celtic people and abandoned in 4 AD.