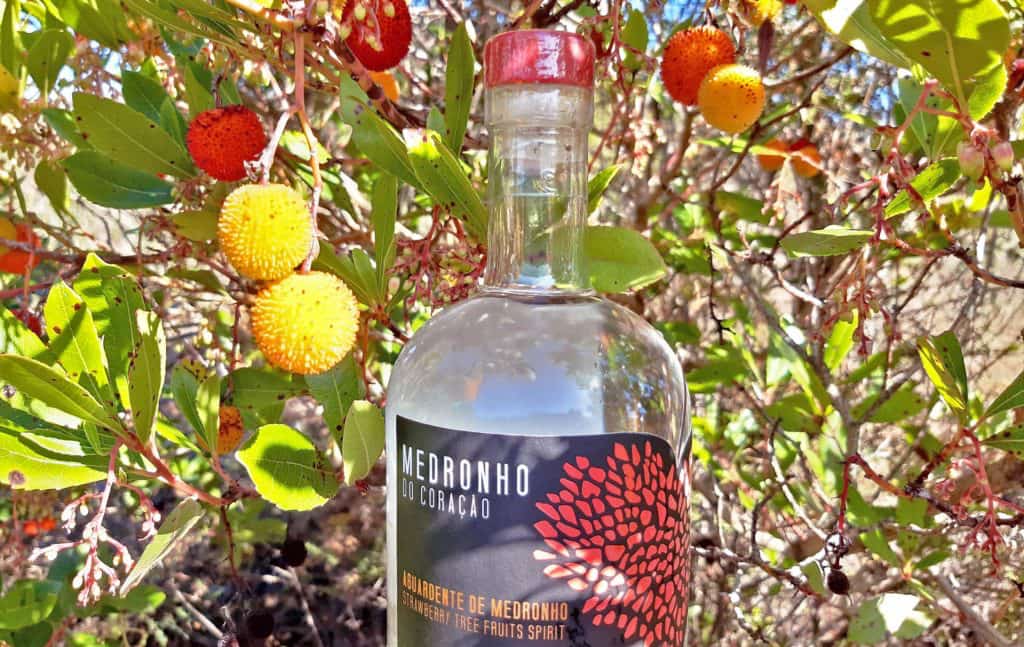 Medronho is a popular drink made in the Algarve mountains

Distilled from the fruit of the arbutus tree (also known as the strawberry tree) which grows abundantly in the Monchique and Caldeirão mountains, aguardente de medronho – or simply medronho – is the firewater of choice for many people living in the Algarve region of southern Portugal.

Faintly musky in taste, medronho has often been likened to Scandinavian schnapps, Mexican tequila and Irish potheen, although in actual fact it is more likely to be closer to German kirschwasser.

As with most hard liquor, it is mostly enjoyed as a salutary beverage traditionally drunk neat in one swift bottoms up-style tilt back of the head. It is also very effective as a hot lemon potion to cure a common cold or as a welcome night-cap with hot milk and honey before bed-time. Nowadays, medronho production is considered to be an important regional craft in the Algarve and other parts of southern Portugal.

A wide variety of labelled, commercially-produced bottles of medronho are available in shops all over Portugal, but the best ones are made by the smaller, privately-operated producers located in the sequestered slopes and valleys of the Algarve mountains, the majority made solely for local consumption.

It’s in this specific part of Portugal that the slightly acidic soil and optimum climatic conditions allow for the profuse growth of the arbutus tree on steep, stoney ground, which makes the process of harvesting the fruit a much more laborious task.

When fully ripe, the large arbutus berries become bright red and are gathered in mid autumn before being left to ferment in large wooden casks. Mostly produced in Porto in the north of Portugal, these casks were once made only of oak but nowadays they are more likely to be created from the wood of the chestnut tree with enough capacity to store up to 600 kilos of fruit.

The fermentation process takes about two months, after which the thick mushy liquid is then ceremoniously transferred to a large copper still usually heated from underneath by a blazing wood fire.

The medronho is then distilled in the traditional way when the alcohol vapour separates from the water at boiling point before condensing in a copper pipe coiled through a tub of water. As the vapour cools, the resultant spirit drips steadily into locally-made earthenware jugs.

It’s possible to ascertain the quality of the medronho you are drinking by shaking your glass and watching carefully as the bubbles rise to the top – the larger the bubbles, the better the medronho.

The colour of medronho much depends on the type of wood used during the fermentation process. Most medronho is as clear as vodka, but occasionally you might find an older, more flavoursome vintage blessed with a yellow tint due to the additional amount of time it has spent in the cask.