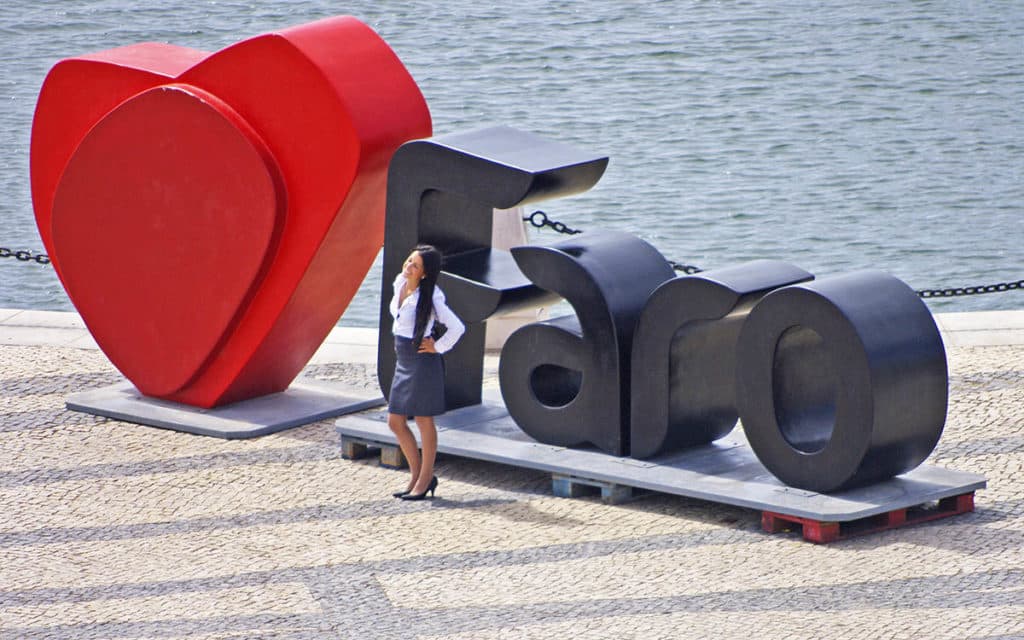 Faro is the main gateway to the sunny Algarve

Faro, the sunshine capital of the Algarve, has metamorphosed into a major tourism hub in recent years, and not just in the high season.

Standing on a fertile plain rich with orange and olive groves, fruit trees, figs, almonds and maize fields, the city’s feel-good factor reflects the long sunny days normally enjoyed in this part of the world and the easy pace of life in the south of Portugal.

Faro’s capture on 12 March, 1249 marked the end of Moorish rule in the Algarve, the last Muslim province in Portugal. Under the Moors it was a large port and a vital link to Portugal’s interior.

The Romans made it an important centre and called it Ossónoba. Today Faro serves as a gateway to the south for millions of holidaymakers, mainly Europeans, who flock to the Algarve for a few days of rest and relaxation in the sun.

At the heart of the old part of the city, the city’s well-preserved 13th-century cathedral is a fine fusion of Gothic, Renaissance and Baroque architecture.  The surrounding Largo da Sé is a peaceful square lined with orange trees and flanked by the bishops’ palace, which is still in use.

Just outside the city’s ancient walls through a Moorish archway, the 18th-century church of São Francisco is impressively decorated with tiled scenes of the life of St Francis. Further north is the 17th-century chapel of Pé da Cruz with interesting oil panels of stories from Genesis, such as the creation of the sun and stars.

The town’s maritime museum housed in the harbour master’s building on the waterfront, has an extensive collection of oceanographic instruments and model ships.

Within easy striking distance of Faro is the Ria Formosa Natural Park where numerous wildfowl and waders, snakes, chameleons and various other species can be seen in their natural environment.

Just 8 km north of Faro, the peaceful village of Estoi boasts an exquisite pink-coloured Rococo palace and a Roman complex dating from the 1st century.