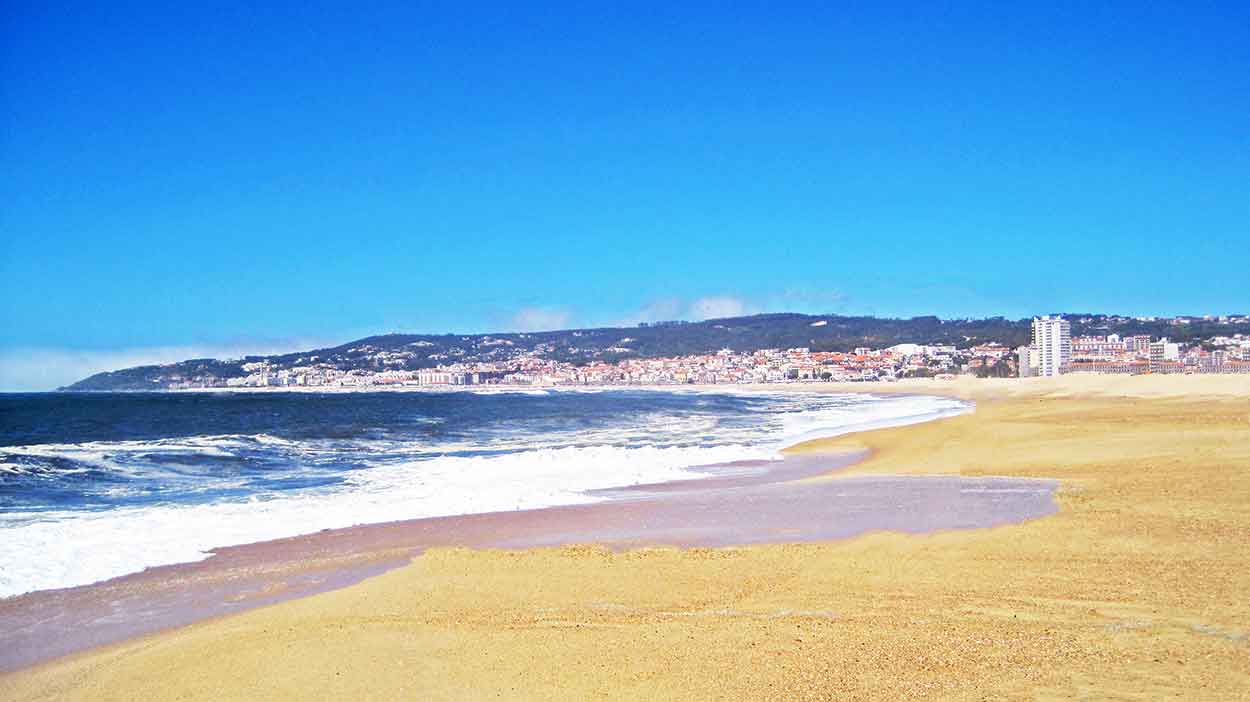 A lively and cosmopolitan seaside resort at the mouth of the Mondego River in central Portugal, Figueira da Foz’s glorious centrepiece is its wide and very extensive sandy beach.

The town sits on a spectacular stretch of Atlantic shoreline affectionately known as the Costa da Prata – the Silver Coast. It is sandwiched by vast expanses of sand dunes held together by clusters of sea pines that were first set there by King Dinis.

Sheltered by Cabo (Cape) Mondego, Figueira da Foz is also notable for the mildness of its climate (particularly during summer), bustling beach life and many well-preserved aristocratic villas lining the seafront.

Despite its popularity during the bathing season, the town’s historic quarter retains much of its old charm, with fishermen still sometimes seen tending their nets and other townsfolk preparing the salt they’ve reclaimed from the nearby marshes.

Held in the port in the early morning when the fleet comes in, the local fish auction is quite a spectacle for curious visitors. As in other fishing towns, fish and seafood dishes of all kinds feature prominently on Figueira da Foz’s restaurant menus, including the town’s very own version of caldeirada (a kind of fish casserole).

The town’s excellent municipal museum is worth visiting for its notable archaeological collection comprising weapons, carpets, photographs and a fascinating musical archive. Overlooking the river not far from the municipal museum, the Casa do Paço’s walls are lined with no less than 8,000 Delft tiles salvaged from a shipwreck in the late-17th century.

The 16th-century triangular fortress at the northern end of the bay was used by the Duke of Wellington during his brief stay. He wrote an important chapter in the town’s chequered history on the 1st of August, 1808 when his army landed here, marking the start of the Iron Duke’s first campaign against the French in the Peninsular War (1808-14).

Figueira da Foz is also the perfect base from which to explore the surrounding Beiras region of central Portugal. There are many quaint little fishing villages within easy striking distance, such as Buarcos 2 kilometres north-west of the town in the direction of Cabo Mondego, which is still largely unspoilt and a good spot for a relaxing fish lunch.

On the summit of the low-lying Serra da Boa Viagem hills just north of Figueira da Foz stands the Capela de Santo Amaro, a little chapel more than five hundred years old. Here the Atlantic views are breathtaking and stretch both north and south of the town as far as the eye can see.

A few kilometres inland of Figueira da Foz lies the attractive and very historic hillside town of Montemor-o-Velho. Much fought over by Christians and Moors, the place is most notable for its ancient castle, which retains rare fragments of Roman stonework in its keep.

Due east of Figueira da Foz lies the ancient city of Coimbra, birthplace of six Portuguese kings and home to one of the world’s oldest universities. Just south of Coimbra is Conímbriga, one of the most extensive Roman sites ever discovered in the Iberian Peninsula.